Classic Films That Aren't So Classic

My wife and I have been catching a few old movies every now and then. Keeping track and kind of rating them as we go. (Yeah, I’m a list maker, lol.)

Some are classics, for sure. Others are stinkers. One thing we’ve discovered, we aren’t very impressed with those old Fred Astaire musical comedies. 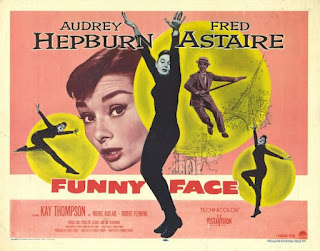 We saw Funny Face, for example (1957, directed by Stanley Donen). It starred Audrey Hepburn at 28 in a miscast role. And Astaire was 58! (I’ll get back to the age disparity thing in a moment.)

The plot was anemic, the romance forced, and the music was lackluster even though it was by George and Ira Gershwin. Just didn’t hold together as coherent whole, in our opinion.

We thought we’d give Mr. Astaire another go, however, because his dancing is so excellent. Can’t take anything away from him there.

So we watched Royal Wedding (1951, also directed by Donen) starring Jane Powell at age 22. At least she was Fred’s sister in the movie! (BTW, Powell just died this past September at age 92.)

Another bland outing. Music was just okay (Lane and Lerner), despite Powell’s incredible voice. The only memorable part was Astaire dancing on the ceiling. Wonderfully choreographed! 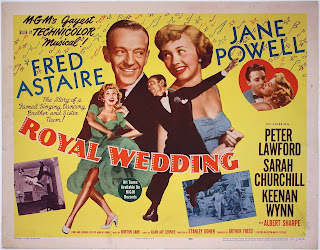 I think we’ll take a break from Fred for a while. Or maybe it’s Donen, the director. Though he did helm Charade in 1963 which was fantastic, an absolute delight.

Grant was 59 and Hepburn was 34. What is it with the older leading man and the younger leading lady? It happened time and time again: Rear Window (Grace Kelly is 24, James Stewart is 46); To Catch a Thief (Kelly is 25, Grant is 51); etc.

One thought is that the leading men of the day had a longer ‘shelf life’ than their co-starring beauties. So they could get roles in their 50s. Hollywood (reflecting society?) loves pretty faces and, generally, women are ‘prettier’ when they’re younger. So once they age out, they're outta luck.

What are your thoughts on the age disparity in many of these classic movies? What are some of your favorite films? Actors? Directors? We’re always open to discovering new (to us!) older flicks.