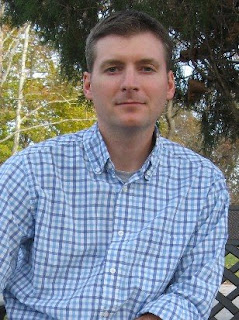 Born in Baltimore, Maryland, Mike now lives in Hanover, Pennsylvania, with his wife, Jen, and their three daughters. He writes a monthly column for Writer . . .Interrupted.

He was a newspaper correspondent/columnist for over three years and has published several articles for The Candle of Prayer inspirational booklets. Mike also has edited and contributed to numerous Christian-themed Web sites and e-newsletters.

Mike is a member of the American Christian Fiction Writers, the Christian Fiction Blog Alliance, the Relief Writer's Network, and International Thriller Writers. He received his BA degree in sports exercise and medicine from Messiah College and his MBS degree in theology from Master's Graduate School of Divinity. 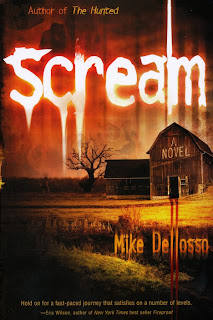 Otherworldly Screams...
A Madman on the Loose...
This Time the Stakes Are Higher Than Ever

While talking to his friend on the phone, Mark Stone is startled by a cacophony of otherworldly screams. Seconds later, a tragic accident claims his friend's life. When this happens several more times--screams followed by an untimely death--he is compelled to act.

Battling his failure as a husband and struggling with his own damaged faith, Mark embarks on a mission to find the meaning behind the screams and hopefully stop death from calling on its next victim. When his estranged wife is kidnapped and he again hears the screams as she calls from her cell phone, his search becomes much more personal and much more urgent.

If you would like to read the first chapter of Scream, go here.
Posted by Lyn at Wednesday, June 03, 2009