Flash Fiction and How to Write It - Part 2

So you're interested in flash fiction? Join the club! It's become quite a subcategory of fiction writing these past few years. However, the form as been around since at least 600 BC when Aesop told his tales. With the internet, though, quick stories that can be read in a flash are all the rage. And now that there are even different types of flash, it's probably simply a category of writing, no sub about it.

For example, there's microfiction (generally, anything less than 500 words). There's postcard fiction, or micro-bursts, with just enough prose to fill an index card. Some markets can get a little gimmicky here (but still fun and challenging) and insist on no more than 200 words, 100 words, or exactly 55 words! There's even nanofiction, Twitter-sized stories told in 140 characters or less. 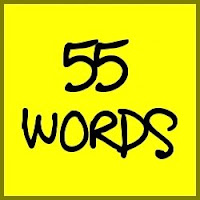 But are these really stories? Some say yes and point to Ernest Hemingway's (probably apocryphal) 6 word flash: "For sale: baby shoes, never worn." A story? Not in my opinion. But an emotional vignette? Sure.

As I pointed out in Flash Fiction and How to Write It - Part 1, a story traditionally has three critical elements (the Big 3) - characterization, setting, and plot. (Although, I have to admit there are a number of good stories without a plot - Per Petterson's novels come to mind. What he has, though, is tension, an important component of plot.) Scenarios, sketches, vignettes are just that - sections of a story that may contain the seed element of the piece, but that's about it.

The pitfall I want to address briefly is our tendency as writers to present an idea, slap a few words around it, and call it good. These may be great ideas, engaging, intriguing, and all that, but the essence of the story doesn't even hint at or imply any setting, protagonist, or conflict/resolution. A complete story, at least from my perspective, needs more.

Take my three separate twitter-bytes, for instance, published by Thaumatrope.
All fun (well, I thought they were fun!) and spooky, and with an interesting hook. But no setting, maybe a protagonist, and no real plot - just a twist resolution. Ideas, really, simply seed stories which can be expanded into short stories, obviously. (In fact, I did expand this last one into a microhorror you can read here, but it's still not a full blown story, imo.)

So after all this discussion, does it simply boil down to a continuum of story length from nano, micro, flash, to short? Since story telling is an elusive art (as we often say about art, "I know it when I see it"), then probably yes. But somewhere along the continuum of a story the more traditional elements begin to appear and when it seems to satisfy a writer's (or reader's) penchant for completeness, then you've got a full tale well told. What are your thoughts?
Posted by Lyn at Monday, July 11, 2011