Why We Need Beta Readers 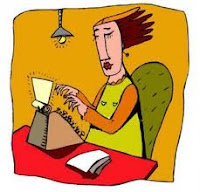 Beta readers, of course, read what the Alpha dog (the writer) has written with a critical eye to catch any major kinks in the story - grammar, characterization, plot, or otherwise. Since I cycle through my manuscript from the beginning as I write (I reread and edit and then take a flying leap forward by writing the next scene, then repeat the process) I often catch my own missteps.

But I don't see them all because, as I make changes in one part of the story, I get so engrossed in the process I don't notice how that change affects other scenes. The more I immerse myself in my writing, the more opportunity for minor flubs that fresh eyes will likely catch right away.

Here's one I found recently from my forthcoming serial novella, Worm (and if I hadn't I'm certain my beta readers would have):

Robyn stifled a cry and Worm swung around. Jake, waving a bottle of Jim Bean, was standing in the hall. He'd emerged from Worm's bedroom in a stupor. The man's dirty blond hair scraped his bare shoulders and a pair of boxers sagged around his waist. He blinked a few times, adjusting to the hallway's 100 watts. Jake put the bottle to his lips, took a swig, then wiped his forearm across his three day stubble.
...
Jake stepped back a few paces, reached behind him and pulled out a gun that had been wedged between his belt and back. The Glock waved wildly in syncopation with Jake's unsteady rocking. "I'm tellin' you. You make a move against me boy, and I'll stick this down your..."

Wha...? The guy pulled a gun from his belted underwear? Oops, no. My first draft had Jake simply showing up drunk and all hell breaks loose, he pulls a gun, etc., etc. On my second edit cycle I knew I needed Jake in the house, so he comes out of the bedroom in his boxers. But I'd forgotten that the first draft Jake was clothed. Here's the revision:

Jake stepped back a few paces and, temporarily disappearing into the darkened bedroom, reemerged with a gun. The Glock waved wildly in syncopation with Jake's unsteady rocking.

Okay, maybe not as exciting as whipping the gun out from behind his back, but a bit more realistic, don't you think? That's just one example. I have others - and so do you. That's why we need beta readers. Anyone want to testify?