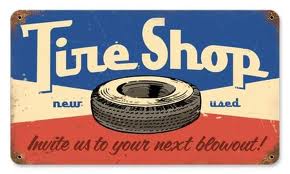 Worm pulled into the small parking lot of Pezeski’s Tire & Oil, cleaned up, freshly scrubbed, headache waning. And a hundred dollars in his pocket, a gift his coach called it.

The 7-Eleven sign from half a block away caught his eye. He should have stopped there first and bought himself some smokes. Well, there’d be plenty of time after he filled out the application. Plenty of time. Worm had nowhere to go and the rest of his life to get there.

Pushing open the front door to a jingle of small bells hanging from the inside knob, Worm unintentionally announced his arrival. The small waiting room with two tired chairs, occupied by a young mother and her daughter, was separated from the back of the shop by a gray door and a glass paneled office. Behind the glass, more secure than a bank teller, sat the receptionist, a homely middle-aged woman with bouffant hair, pale skin, and red nails. She was busy with a magazine.

The woman, Sheila was on the nameplate, looked up and smiled wanly as Worm made eye contact. “Watcha want, hun?” she asked around the smacking of her gum. Her screechy voice escaped through the opening at the bottom of the window.

“Um. I’m here for a job.” Worm leaned forward and spoke to the break in the glass. “I was promised an interview.”

A form appeared at the opening, pulled from an out of sight file cabinet, and he reached for it automatically. “Have a seat, hun, and fill this out. Give it back when you’re done.” She pushed a pen through the slot as well.

Worm turned around. The woman and toddler remained where they were and stared at him blankly. Worm frowned and then moved to a small table scattered with car magazines, tire brochures, and a Gideon Bible. He pushed them aside, knelt down, and began to fill out the form.

The tinkly bells warned of a new arrival and Worm looked up. Bobby Grelinger, in a blue work shirt with a white name badge, walked in and headed toward the gray door. He glanced back over his shoulder and nodded to Worm. “Monro.”

“Linger.” Worm’s best friend, worst enemy, best friend, now status unknown disappeared into the back of the shop. This would be interesting. He’d swum with Bobby; he guessed he could work with him as well.

Worm got up and handed the completed application back to the receptionist through the opening in the glass panel. A glass panel he’d encounter again and again throughout his life. A glass panel whose primary purpose was to restrict those on the outside from getting in and those on the inside, even those who wanted to be in most likely, from ever getting out.

Sheila, with the bouffant hair, pale skin, and red nails, took the form and looked it over critically. She stopped smacking her gum long enough to ask, “What do you want to be called?”

The woman behind the glass panel looked up impatiently. “You skipped a line. Do you go by William, Will, or Bill?” She was ready to etch out her findings in stone. “Or do you have a nickname instead?”