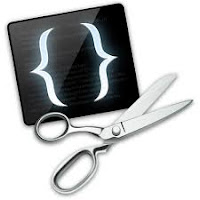 Yes, I know I said I don't read sample chapters, snippets, or portions of books. But that doesn't mean other people don't enjoy watching/reading a story progress via episodic scenes. So, for those of you who do, here's this week's (my second) SF Snippet. Catch up on the story here.

The concept is inspired by a group of writers who post 10 sentences each week, but not necessarily from their same WIP each time. Ten sentences doesn't work for me, however, so I'm not an official member of the group. :(

About the story: The planet Tral is in upheaval; the crisis in the capital is about to spread throughout the planetary union. A local political figure looms in the wings and an Ambassador plots behind the scenes. Will they join forces for mutual benefit or try to destroy each other? Will their actions bring peace or war? (Comments welcome.)


“Is it true that your President has ordered their execution?” someone shouted.
“That is a complete fabrication. Envoy Signát and the Tralian representatives remain in their StratoLiner unharmed.” Do not engage in debate, Narrina scolded herself. Especially when lying.
“Then why has all communication with them ceased?” This last question boomed from the back of the pack. The crowd gave way as a near giant of a man ploughed forward to grab the fence and face the spokeswoman through the chain links. Silence replaced murmurings as the man continued. “We have received no word from any member of the delegation.”
A dangerous glint shone from the man’s eyes and Narrina immediately recognized the scowling face. Portén, a Tralian Assemblyman. Definitely not a reporter. The spokesperson deflated slightly then recovered.
“That is also…not accurate,” she said, careful not to provoke the imposing interrogator. Aware that every vidreporter’s streaming device was locked on their exchange, the Ambassador’s top aide clarified. “The ship’s onboard relay system has failed. Your envoy is in direct communication with our President and she is forwarding every message of substance to your local Assembly.” Dammit! He is a member of the Assembly, Narrina thought, too late.

Thanks for reading! If you want to see how this really works, the I recommend these three writers who actually follow the rules for Science Fiction Fantasy Saturday.