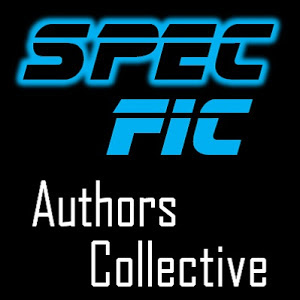 Milo James Fowler is an English teacher by day and a speculative fictioneer by night.

Simon Kewin is a UK writer of fantasy, SF, mainstream as well as some stories that can't make their minds up.

Lyndon Perry is a middle school Language Arts teacher, husband, and father of two. He is the editor of ResAliens.com.

Look for the following four offerings - free this weekend! Thank you in advance for supporting the new Spec Fic Authors Collective! Visit our blog and follow us on Twitter.

In a small Midwestern town at the end of a lane stands a crooked house, where deaths and secrets entwine. Two cousins, heirs to the family legacy, search for a treasure secreted in the old dwelling's walls, driven by gold lust and tantalizing clues. The Crooked House is a grudging giver, and some secrets are best left alone.

"Insight" - A sculptor is able to see beyond our reality, but can she control her insatiable desires?

"In His Eyes" - On a farm in the distant future, an unwelcome visitor appears in the middle of a thunderstorm.

"Reverie" - Speech is the first sign of rebellion in a hive of highly evolved telepaths.

"Mo's" - The only racism that exists in this alternate history is between Humans and Greys.

"Doppelgänger Mine" - A man is stalked by his horrifying double. In the end, only one of them can survive. 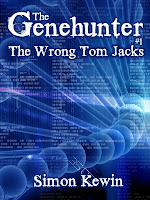 Simms is a genehunter, paid by rich collectors to find the DNA of historical figures. He's employed to track down the genetic code of Tom Jacks. But not the Tom Jacks, just an unknown namesake.

The job bugs Simms. Something about it is wrong. Someone is playing him. Problem is he doesn't know who or why. And the last thing he needs is the Genetic Monitoring Agency interrogating him about someone he's never even heard of... 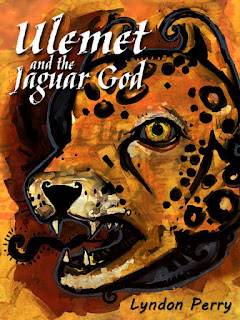 Deformed and misshapen at birth, Ulemet is ugly in a way that attracts second looks, but seldom pity. Cursed by her Olmec village elders and taunted by her people, she flees into the rainforest never to return. Rejected and alone, the young girl's only solace is her small jade carving of Uaxaca, the jaguar animal spirit she wagers will guard her as she makes her way to Tenochtitlán, the golden city of hope.

"Lyndon Perry delves into an ancient culture and discovers a courageous new heroine. Ulemet's journey is a heart-wrenching demonstration of the power of hope and endurance in the face of overwhelming adversity." - Fred Warren, author of The Muse and The Seer