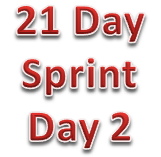 Pretty productive morning - wrote from 7 to noon with breaks every hour and hammered out 2400 words. Which is good, but I have to tell you I slacked off in the afternoon. I could have come back and added another 1000 or 1500 words.

But I read a book instead. Ah well. Tomorrow's a new day.

The project I was working on this morning was a Bombo Dawson story, a collaborative effort with my friend Michael Bunker. Michael has written two other short Bombo Dawson novels, both satires. They are extremely funny, but you have to be in the mood for this kind of thing.

His first Bomob story evolved from a Nanowrimo style event and is called Hugh Howey Must Die!; and the second is titled Legendarium, which he wrote with our mutual friend, Kevin G. Summers. My novel, for which I'll do most of the writing and Michael will polish off by adding his trademark humor via our hero Bombo, is tentatively called Hugh Howey Must Live! Or, The Rise and Fall and Rise Again of Bombo Dawson.

Unless Bunker hates it.

Then I'll take out all the references to his proprietary characters, finish it, and publish it myself. Won't make as much money that way, because really, the goal is to get my name on the same book cover as Bunker - the popular author of an Amish SF novel called Pennsylvania - and bask in his success. (satire, sarcasm, truth ;)

See you tomorrow with another update. Thanks for reading!

(Daily progress report for my 21 Day Sprint to the End of Summer is below the fold.)


Word count and genre of projects: