Book Series – Yes or No?

Readers love book series. Or at least a lot of people do.

I’m sort of ambivalent, actually. One reason is that there’s some major commitment involved in starting a new series of novels. Time, money, mental effort. The cheapskate in me always asks, will the entertainment value be worth it?

I’ve not tackled Wheel of Time for that reason. I’ve heard good things. But when I look at each of the 14 massive, thick, omg how many pages is that? volumes (and a prequel novel!), I get cold feet.

Maybe you’re like me when you ‘discover’ a new-to-you writer. The first thing you notice is that the author already has a gazillion dang books published! And I’ve just now heard of them? Well, since I’m already late to the party, I won’t go. So there.

It’s hard for me to get excited about a reading journey that may take me two years to finish.

That being said, I am actually reading a few series right now. And I’m really into them!

I know, okay. Call me a hypocrite. But hear me out. For the most part I stumble into a series rather than intentionally jump in right from the start. See the difference?

Take A Song of Ice and Fire. I hadn’t planned to read beyond A Game of Thrones. Like everyone else in the universe, I took notice of Martin’s best seller about ten years ago when it became, well, a best seller. (Though it was first published in 1996!) I liked it and devoured the other four books right away.

And like everyone else in the universe I’m waiting (patiently patiently) for the final two books to drop. Though I have my doubts there will be just two more. The story is too massive and Martin is too verbose to wrap it up in another 2,000 pages. Just my take. 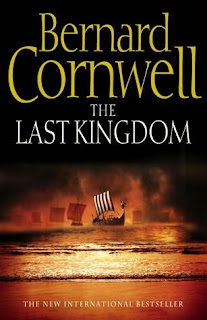 Now I came to “Game of Thrones” right before HBO did. Like a lot of you, I imagine. The show was pretty good overall (adult viewing disclaimers and all that) and obviously introduced the novels to a ton of new fans. Which is cool.

But in the aftermath of that last season’s letdown of a finale, we were all wondering what to watch next. That’s when I discovered The Last Kingdom, a streaming series based on Bernard Cornwell’s Saxon Stories (now rebranded as The Last Kingdom series). I’d never heard of them. But the first novel came out in 2004.

So I bought book one, The Last Kingdom, because I like to see how the reading and viewing experience differ. I got hooked on both. (Again, adult viewing disclaimer if you watch the series.)

So I read book two, The Pale Horseman, and enjoyed that as well. Decided I definitely wanted to go the distance. Only then did I realize there are 13 books in the series! Oh well. I’m ‘all in’ already. Recommended!

Here’s a quick reflection from my post at Goodreads after reading The Pale Horseman:

Watched the series and now reading the books. Different texture than the televised series. I think the watch/read order was a good choice as it helped me picture what is going on in Cornwell's novels. He's a good writer, of course, but there’s quite a bit of description and lots of old English place names that I have to think through. 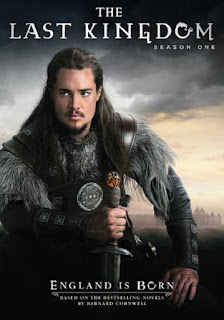 Still, the story moves along and generally follows the events in history (the author’s historical notes at the end are very interesting). This installment has Alfred hiding in the swamps yet calling upon a few thousand men to defeat Guthram and save Wessex. All from Uhtred's POV - our fictional hero. Start this series with The Last Kingdom and read them in order.

There it is. I’m advocating reading a series of books. Based on watching the series on television. Longmire was the same way. Almost done reading all of Craig Johnson’s books because I got interested in the show. Same with Bosch.

Hmm. Now that The Wheel of Time is streaming, maybe I’ll set aside the next two years after all…

(What book series or streaming series are you into currently? Drop me a comment below. Happy reading!)
~*~
"Tip a buck, get a book."
(via PayPal.Me - an e-book from Tule Fog Press.)
This blog is reader supported. Thank you for your support!
Posted by Lyn at Saturday, November 20, 2021