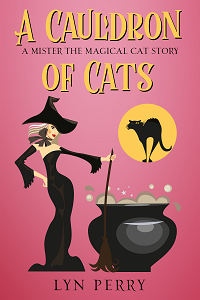 I think I wrote a 4,000 word short story in one day a few years ago, but writing a complete story and adding words to a novel are a bit different for me, I think. A short story is, obviously, shorter and so I don’t have to hold as much of the plot in my head as I do a longer work. This makes it easier? Not sure.

Or maybe I’m just making excuses! It’ll be interesting to see if I develop my writing muscle over time and can increase my daily word count to four or five thousand. We’ll see.

After what I thought was an exciting opening, full of potential danger and threat, chapters 4 and 5 backed off on the pace a bit to set the overall tone and introduce the various players and their personalities.

I hope that section isn’t too slow, but I wanted to give future readers of the series connections to their favorite characters, tying in through subtle references the people and situations of both sets of stories. (That is, Ma Tutt’s world and Mister’s world, which are tangentially related.)

Now Ruben (a gray mackerel like Mack in Ma Tutt) showed up at the end of chapter 5 – one of my favorite cat characters! He’s silly and exuberant and impulsive. Kinda like me at times! But now Mister has to explain his plan to Ruben, otherwise the young wise guy will get all excited and spread crazy rumors. He will probably still do that, but in the end, he’ll also probably be the one who comes up with how to assist Mister in his mission.


If I haven’t explained the plot yet, there are some cats with special abilities being held captive – and will likely be experimented on! – by the Witch & Warlock Guild’s veterinarian, Dr. Vance, and her compatriot, Florielle Florentine. Spoiler alert: In Book 1, Cat Potion No. 9, Flo kinda befriended Helga when the Guild wanted to take Mister away and ‘test’ him. So it was a nice surprise for me when I wrote the prologue to Cauldron that Flo turned out to be more sinister than I’d first imagined.

Stories have a way of telling themselves. I may have an idea of where I want to go, but one reason I “write into the dark” (without an extensive outline) is so that I can be surprised at the developments that come along. I mean, after all, a reader is surprised when he or she is reading a story. Doesn’t know what is coming next, generally. So me as a writer, I should be surprised as well. At least, that’s my philosophy.

Anyway, making progress. My goal in all this is to write as clean a first copy as I can. That’s another bit of writing philosophy I buy into. And yes, if you’re familiar with Dean Wesley Smith and his blog and super opinionated writings, this is directly out of his handbook.

I think he’s right. Craft your story as best you can during the writing process (one pass). Cycle edit as you go – meaning go back a chapter and read/adjust before writing your next section (second pass, sort of internally). And then, when done, read it one more time all the way through to fix any mistakes you made (third pass). Don’t over edit. Just write and move on.

Does that mean my initial draft will be perfect? Heavens no. No draft will be, even those books that have been edited to pieces. So I’ll do the best I can. Finish it and move on to the next project. That’s all I can do. Work on my writing techniques until it becomes second nature.

Maybe after about 500,000 to 1 million words (according to Jerry Pournelle and others) I’ll have the craft down to where that will happen.

Until then, it’s three thousand or so words at a time.

Try to write as clean a first copy as you can. Don’t edit your manuscript to death. (That is, don’t second guess your creative brain at work.)

Follow along each day as I post my progress in writing A Cauldron of Cats, Book 2 in my Mister the Magical Cat Series (available for pre-order now; affiliate links used throughout). You can also "Tip a Buck & Get a Book" and I'll send you Book 1 now, Cat Potion No. 9.

Lyndon Perry is a speculative fiction writer living in Puerto Rico. He's a former pastor and current husband, father, coffee drinker, and cat-wrangler to Charlie, a 19 year old orange and white tabby who serves as the inspiration to Mister the Magical Cat. You can find him a variety of places online. Check out his various Linktree Locations and say hello!