Painted myself into a corner eight years ago.

One of the conceits of my Ma Tutt stories is that there’s some sort of unusual ingredient, nay! magical ingredient in a recipe that is somehow activated in the chemical process known as baking. When the final product is served (a pie or cake or even a cup of tea) that special spice or herb causes all kinds of strange (and often disastrous) results.

In Book 1 – Ma Tutt’sDonut Hut, for example, I had such delectable treats as Irresistible Doughnuts (people who sampled them couldn’t stop eating!); Memory Cake (which brought back wonderful memories for those who indulged); and Forgettable Pie (which erased the recent memories of those who ate a slice). Fun! 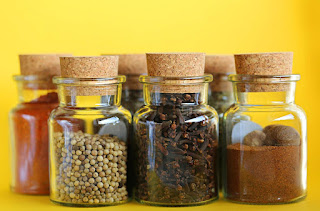 Usually my main character, Dolores Tutt (who goes by Dolly or simply Ma), doesn’t know what she did to trigger the magical effect. Her enigmatic cat, Mack, usually helps her get into and out of trouble, however.

It all started when she stumbled upon some mysterious recipe cards when opening her bake shop…and she’s been experimenting with them ever since!

I think Donut Hut turned out really well. I had a lot of fun making up some magical recipes that sparked some very strange, even bizarre, scenarios.

You see, I write my short novels at this point by writing short stories and stringing them together into an overarching story arc. So each ‘chapter’ is actually a self-contained story that usually revolves around some unexpected magical ingredient and its unintended consequences. So when I started Book 2 – Ma Tutt’s Secret Spice, I wanted to continue the conceit and come up with a whole new set of crazy situations for Ma and her friends.

For example, Part 1 of Secret Spice is called “Yesterday.” In this story, Ma somehow gets a do-over – she lives out a disastrous day all over again, but this second time is armed with a bit of foresight on how she might change it for the better. About 9,000 words total. I thought it was pretty clever and I liked the ending.

In Part 2, titled “Time for Tea,” she’s hosting an afternoon tea in her café and goes to the kitchen to get some honey for her tea. When she comes back into the dining room, her guests are frozen. Somehow, Ma has stopped time! She’s stuck in a moment, if you will.

And eight years ago, when I first wrote this scene, I got stuck as well. Totally painted myself into a corner and couldn’t figure out how Ma would step back into time. I’d written 9,000 words and ended the story on a cliffhanger!

How disappointing when I finished re-reading what I’d written in 2014. Just over 18,000 words. Two short stories that connected together rather nicely. But no resolution! What kind of sadistic author leaves the audience hanging like that! Boy, was I mad at him…er, me. (grin)

So now I’ve got to figure out where the story is going next. I’ve caught up on what’s happening, re-familiarized myself with the characters, setting, and magical array of spices, herbs, and elixirs. But now I have to paint myself out of the corner and resolve the time freeze problem.

That’s what I attempted to do today. It was actually harder than I thought it would be. After a hard fought 500 words, I think I know where I’m headed. Don’t know for sure. I’ll probably be very surprised at what happens on the page tomorrow.

For now, I’m just glad I got unstuck and started Part 3 of Secret Spice, “Stuck in a Moment.” 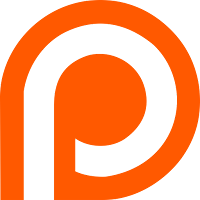 Want to read Ma Tutt's Secret Spice as I write it? I'm posting weekly chapters at my Patreon Page. By becoming a patron of indie fiction, you can read the novel as it unfolds before it hits the virtual bookstores. When it's completed, you'll get the finished e-book, fully edited!
Do you like original fiction with a speculative bent? Indie published sci-fi, fantasy, magical realism, horror and supernatural suspense? As a monthly supporter you'll receive new stories every month, a backlist novel of mine, and a weekly chapter of my current WIP. Give it a try! Details on Patreon.
~~~~~
Hey, I'm Lyndon Perry, a speculative fiction writer living in Puerto Rico. I'm a former pastor and current husband, father, coffee drinker, and cat-wrangler. You can find me almost anywhere online, so check out my various Linktree Locations and say hello!
Posted by Lyn at Wednesday, July 06, 2022