The Christmas Wars - Christian vs Christian 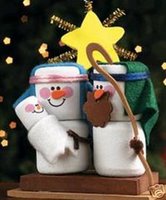 Okay, this one's a biggy. Two sides of faith dukin' it out. (Talk about creating a controversy! :-)

In one corner we have those who believe that the culture war has escalated and Christmas is taking a hit. In the other corner, we have those who are concerned that we're creating a controversy where none exists.

And then there are people like me, totally unbiased observers who simply want to buy marshmellow nativity sets from ebay (HT Random Yak - Hey, I need s'more!).

Let's begin rounding up the suspects. (Please let me know with a trackback and/or comment where you stand on this issue. And if I've misrepresent your position, I promise :wink: to put a bid in for you to buy Fontanini's Kneeling Santa.)

Christmas is Taking a Hit: 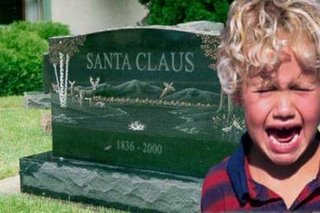 Who's next? Trackback with a relevant link and I'll give you a real (read TTLB :-) link before Christmas, er, the 25th.