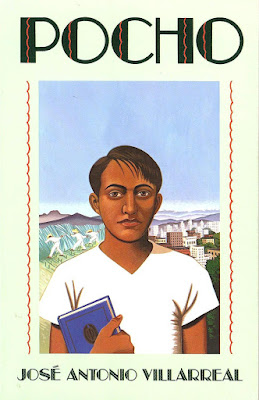 The 1959 novel, Pocho, by José Antonio Villarreal is an insightful cultural exposition told primarily from the vantage point of Richard Rubio, the coming-of-age son of immigrant Mexican parents who eventually settle in Santa Clara, California, after many seasons of migrant farm work.

Although fiction, the story likely mirrors some of the experiences of the author who was born to migrant laborers in Los Angeles in 1924 and was himself a "pocho" - a child of the depression era Mexican-American transition. ("I am a Pocho," he said, "and we speak like this because here in California we make Castilian words out of English words." p 165)


Such a journey was a difficult one ("...for the transition from the culture of the old world to that of the new world should never have been attempted in one generation." p 135), and Villarreal nicely employs a cross cultural bildungsroman to explore a diversity of related themes.

Among the most prominent are strains of racism/classism, belonging and dislocation, death and meaning and self-identity, and sexual awakening. In a slim 187 pages the author competently weaves social commentary (via the seemingly innocent adolescent perspective) into a moving narrative that only occasionally veers toward the pedantic.

Richard's father, Juan Rubio, is proud to be a Mexican and resents the Spanish people, whom he identifies as oppressors (although Juan is clearly of Spanish descent since he had "fair skin" and "blue-gray eyes" - p 1). He explains to his son, who exclaims in response to his father's prejudice, "But all your friends are Spanish!" (p 99):

"That is all there is here," said Juan Rubio, "but these people are different - they are also from the lower class, although some of them take on airs here. They are people who were stepped on, much the same as we were in our country. That is the wonder of this country of yours, my son. All the people who are pushed around in the rest of the world come here, because here they can maybe push someone else around. There is something in people, put there only to make them forget what was done to them in other times, so that they can turn around and do the same thing to other people. . .It is not in retribution because they remember they were once mistreated, my son; it is because they forget." (p 99, 100)

Another response to this clash of cultures is the emergence of the zootsuiters, a "lost race" (p149) generation filled with anger and frustration over their uncertain place in society. But Richard is fascinated by their strangeness and attended their dances and fiestas as part of his journey of self-discovery.

They had a burning contempt for people of different ancestry, whom they called Americans, and a marked hauteur toward Mexico and toward their parents for their old-country ways. The former feeling came from a sense of inferiority that is a prominent characteristic in any Mexican reared in southern California; and the latter was an inexplicable compensation for that feeling. They needed to feel superior to something, which is a natural thing. The result was that they attempted to segregate themselves from both their cultures, and became truly a lost race. (p 149)

In addition to exploring these expansive ideas on class, status, and cultural identity, Pocho works on a very personal level giving the reader insight into the mind of a maturing young man. With regard to self-identity and throwing off his Catholic upbringing, Richard states with some irony:

"There are but three things that I can say I have learned for myself. First, I know that one should never discuss matters of sex with one's parents. Second, one should not, on penalty of going to Hell, discuss religion with the priests. And, last, one should not ask questions on history of the teachers, or one will be kept in after school," he said. "I do not find it in me to understand why it is this way." (p 85, 86)

Author José Antonio Villarreal has a dry sense of humor and, as mentioned above, does a marvelous job weaving bits of wry commentary throughout the novel. Another fun quote is when Richard's sister, Luz, demonstrates her own prejudice for the newly arrived, and darker skinned, Mexicans: "Well, they ain't got nuthin' and they don't even talk good English." (p 148)

Like Villarreal, I'm a native Californian, but not Mexican-American. I was raised during the César Chávez years in a small farming town which saw its fair share of migrant worker strikes and labor unrest. It was a difficult era for whites to understand. Now, 50 years after the novel was first written - and a lifetime removed from my upbringing - I find the story still relevant. It's an intriguing narrative and helpful in capturing the "double consciousness" that many of my Mexican-American friends that I grew up with lived with as a matter of course.

Pocho was likely the first Mexican-American novel released by a major publisher and is considered the first of, or at least a precursor to, what is now called Chicano literature. It's not a perfect story - the POV changes from father to son on occasion, the life-lessons can seem a bit heavy handed at times, and is, in my opinion, overly concerned with sexuality. Still, it's a mature read and lends itself well for discussion at a college level (or possibly an advanced high school class if taught appropriately).

Originally an Anchor Book published by Doubleday in 1959, Pocho is still available through Anchor Books, now part of the Knopf Doubleday Publishing Group, a division of  Penguin Random House. (Also available at Amazon.)

Helpful Links/Resources:
Pocho, from A Commonplace Blog.
Latinos in Lotusland, from La Bloga.
In Growing Up Chicana/o.

Definitions of Pocho:
Wikipedia
A Way With Words

NOTE: I wrote this analysis for a college class in 2009. I can not guarantee a good grade for you if you plagiarize. Essay on the novel Pocho (c) Lyndon Perry


Thanks for stopping by! Want more to read?
Accept a free ebook when you subscribe to my monthly newsletter! 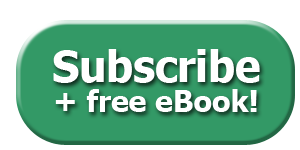