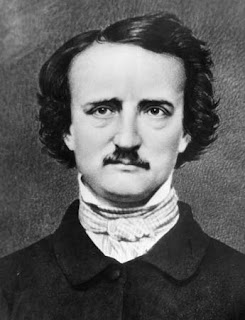 With the creation of Inspector Dupin, Edgar Allan Poe not only debuts the first literary crime investigator but introduces a whole new genre into American literature, detective fiction (Norton 1599). While many consider Poe to be the father of the crime story – and so, in plot and character development, parts ways with his contemporaries – he nevertheless is writing within the Romantic tradition. The three stories that feature C. Auguste Dupin (“The Murders in the Rue Morgue,” “The Mystery of Marie Rôget,” and “The Purloined Letter”), while ground-breaking in regards to genre, contain elements of romanticism that we will briefly examine here. Limiting our discussion to the theme of reform, we will inspect two aspects that reveal Poe’s romantic influences and one that seems to break with the movement and foreshadow a more realistic (perhaps darker?) tradition of literature.

Many writers of this period concerned themselves with issues of societal reform. Ralph Waldo Emerson and Margaret Fuller, for example, wrote about equality and individual advancement. Both were suspicious, however, of institutional expressions of reformation. They believed in the self’s inherent ability to attain enlightenment and thereby transform society. These two aspects of reform – distrust of governing authority and faith in the individual – are echoed in Poe’s detective fiction. In “The Purloined Letter,” for example, the hero of the story is Dupin who stands outside the law and in fact gently mocks his “old acquaintance, Monsieur G—, the Prefect of the Parisian police” (1599) for being unable to solve the crime, that is, the theft of a certain piece of correspond-ence. When Dupin succeeds, he (and so Poe) reveals the inadequacy of the institution and celebrates the power of the self.

What becomes a standard element of crime stories (the rivalry between traditional law enforcement and the maverick detective) finds its roots in Romanticism’s distrust of traditional authority. So, too, the detective’s keen powers of investigation are lifted up. Dupin is a master of deduction, observation, and the human psyche. Considering that the Prefect failed to discover the letter purloined by Minister D—, Dupin boasts, “the more satisfied I became that, to conceal this letter, the Minister … [did not] conceal it at all” (1609). Dupin then goes on to explain his superior reasoning and daring exploits which lead, of course, to the recovery of the stolen item. He quite enjoys the drama of it all as illustrated by his presentation of the document and acceptance of the monetary reward from the Prefect: “[Y]ou may as well fill me up a check for the amount mentioned. When you have signed it, I will hand you the letter” (1604).

So Dupin appears to be a quintessential romantic hero, standing in sharp relief against an inadequate establishment. Yet the motivation for his daring exploits – that of revenge (1611) – seems to portend a transition from romantic (especially transcendental) literature where the soul is ennobled and, according to Emerson, is “part and particle of God” (1112), to a more realistic or naturalistic style of writing in which the human condition, in all its faults and foibles, is simply observed with very little commentary. Although Poe is supremely interested in the interiority of the mind, he does not judge as right or wrong, or true or false, its motivations and perceptions.

As a Romantic writer, Poe rejects the rationalism (and faith in the institution) of the enlightenment, but does not quite embrace the emotional optimism of his contemporaries toward personal reform. He both stands within and is stepping beyond the literary movement of his day; and with the creation of detective fiction (as well as other genres) may be introducing to the literary world something completely different.

Note: This short essay earned an A in my American Writers class, but I can not be held responsible if you plagiarize and get a B.
Posted by Lyn at Friday, October 16, 2009