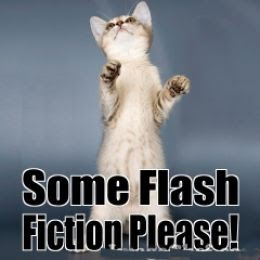 Note: Our Guest Columnist is Camille Gooderham Campbell, Managing Editor at Every Day Fiction. I asked her to share some thoughts on writing flash fiction, EDF's specialty. Here's what she has to say.

Back in the early days of Every Day Fiction, we decided that we’d make a point of scheduling something humorous for every Monday. Mondays are hard enough, we thought, without adding a gritty tale of abuse, terminal illness or abject poverty to the mix. And so, over the past four years, we’ve done our best to make sure that the start of the week brings a laugh from EDF.

However, finding enough humorous pieces to fill our Mondays hasn’t proven to be as simple as all that, for two reasons: genuinely humorous storytelling isn’t the easiest thing in the world, and even leaving writing skill aside, we don’t all share the same sense of humour.

Many of the unsuccessful humour submissions that we see at EDF fall into the category of joke-telling rather than storytelling:

Since to some extent jokes are stories, there’s no clear line between a joke and a story, and a flash fiction piece can play both roles through character development and narrative skill. A joke virtually never develops its characters; when a man walks into a bar, he doesn’t have any characteristics that don’t function as part of the joke – he’ll be tall or ugly or a priest as the punchline requires, but that’s it. In a joke, the setup exists only to serve the punchline, rather than the humour serving the story. The difference is a matter of perception and taste, and has a lot to do with the way in which the piece is delivered. Told as a story, it comes alive as a story; told as a joke, it is reduced to a joke. (from my essay “Connecting the Dots” in The Best of Every Day Fiction Two)

Unfortunately, since perception is a subjective thing and tastes differ from person to person, and especially with flash fiction since so much of the story has to be sketched in, implied, hinted at and left to the author’s imagination, the difference between a joke and a story is an imprecise grey area. A humorous story is an exercise in tightrope walking, with half the readers ready to shoot it down for being only a joke and the other half ready to find it unfunny and either boring or offensive. 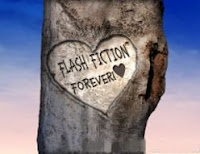 There’s no formula for success in writing humour, but after reading too many flash fiction submissions to count, I’ve come up with three tips that seem to be relevant more often than not:

* Develop real characters and settings. Make them as real as anything in your head. Give that tall ugly priest a secret lover and a weakness for chocolate, give that bar a grotty washroom and watered-down booze. Even if you only hint at those dimensions when you pare your story down to the bones of flash, you’ll be thinking of them as real and they will come across as real.

* Tell the story naturally; don’t editorialize or try too hard to be funny. If you’ve got a genuinely humorous concept, it will make people laugh without any additional window-dressing and finger-pointing.

* Value the flow of the story as a whole over individual witty lines; falling in love with a particularly clever turn of phrase can impair your inner editor, and a great line isn’t great when it has to be shoe-horned into the story.

Writing a good story is only half the battle, though, since you then need to match the story to the right publication for a good fit.

When you choose where to send your finished piece, keep in mind that not all publications have the same level of tolerance for humour involving bodily functions. Whether we’re talking about comedy of the gastrointestinal system or the lighter side of getting sexy, there’s a delicate balance between funny and gross, and the line falls in different places for different magazines. Think about the target readership when deciding if a piece is appropriate for a particular venue; for example, at EDF we know that many of our readers are eating while they read and may also be at work (on a coffee or lunch break, right?), so we’re cautious about stories that push the gross factor. We’ve seen some very funny pieces that are just too extreme for us.

Finally, remember that humour is largely a matter of taste, and that goes for editors and publishers just as much as for any other reader. There’s no benchmark of humour, no way to authenticate whether something is or isn’t funny – the reader either laughs or doesn’t laugh, end of story – so if a piece gets rejected on the basis that it isn’t funny, recognize that it wasn’t funny to that editor, and try a different market. Collecting a stack of twenty-five “it wasn’t funny” comments might suggest something, of course, if only that your sense of humour is fairly esoteric and you might be hard pressed to find an editor who shares it.

[Thanks, Camille, for sharing your take on humor (American spelling ;) and flash. I have a similar opinion regarding the difference between jokes and short stories. I talk about it in Part 3 of my short series on writing flash fiction. Read Part 1 and Part 2 as well. - Lyn]
Posted by Lyn at Saturday, August 20, 2011