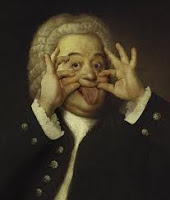 The Passive Guy posted an excerpt from Joe Konrath's neener neener Happy New Year wishes to all the editors who rejected his best selling indie novel, The List. This prompted some interesting discussion. One person, William Ockham, wrote:

The question that came to my mind when I read this is why don’t the big publishers have an e-book only (or e-book + POD) imprint? Surely, all the editors who rejected that book for traditional publishing can’t be idiots, so lets assume that the book was too big a risk to publish the usual way. Why don’t the big publishers take the “not quite good enough for ‘real’ publishing” manuscripts, put them through a low-cost assembly line (copyediting, cover art, etc.) and send them to Amazon and B and N? They could charge a lower price for these ‘inferior’ goods and make a ton of money. I am increasingly convinced that if you are a stockholder in a traditional publishing house, you should be suing the company for corporate malpractice (that’s a joke, I know our host is a lawyer).

This prompted David Forbes to say:

I love William’s idea of e-book only imprints. Though the standard publisher stance at the moment is that it’s not that much cheaper *for them* to do e-books since only 25%, or thereabouts, is tied up with the actual physical media.
That’s what needs to change. Publishers have to *dramatically* lower some of their so-called “fixed” costs so that they *can* create e-book only imprints that can get books to market in weeks to a month or two rather a year to a year and a half. Time will tell if they realize this before Amazon and others eat their lunch.

Which in turn led Ockham to state:

If the publishers want to lie to themselves and say it isn’t much cheaper to publish e-books, there’s not much that can be done, but as our host points out, publishing is not a healthy business. The slush pile is an asset that can be converted very easily into a brand new revenue stream.
Remember, an editor has read these manuscripts and should have a fairly good idea which ones can be turned into a decent quality e-book for $5,000 or less. Pay no advances, but give the authors a 50-50 royalty split ($3 on our $6 e-book). If you figure the distributor (Amazon, et al.) gets $1, that leaves $2 a copy for the publisher. If these editors can’t pick manuscripts that will sell 3,000 copies in a year, why do they have jobs?
They should be able to do this with essentially zero risk. They need to start now while their name still means something.

I think this idea has merit. Anyone else have a reaction?
Posted by Lyn at Wednesday, December 28, 2011