The Right Way to Critique 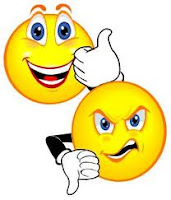 Came across a link at Deb Walker's blog about an intriguing call for entries from Edmund Schubert, editor of Orson Scott Card's InterGalactic Medicine Show. At Magical Words (a site for aspiring writers), Schubert offered to critique the first 200 words of the first 20 authors who posted excerpts from their short stories.

I was pleasantly surprised by how he worded his feedback. I learned a lot from reading his responses - as much from how he said something as what he said. Of course, he set the ground rules from the beginning: "So that we’re clear, I’m going to post my comments about your short story in a direct fashion. I don’t intend to mock anyone or be brutal, but I need to be honest or this exercise is a waste of everyone’s time." Fair enough!

Here's one example (I may post more in the future):


If one could trudge across the Atlantic, that’s how I might have described my progress back from London, where the streets were cool, the men were well-dressed, and when they weren’t, they at least had the decency to give a polite, “morning!” before darting nakedly down an alleyway in search of a Lycanthrope Emergency Box. The muggy North Carolina summer seemed to suck out not only my energy, but every ounce of expectation I’d had for a good break between semesters.
A buffalo-sized man in little more than a greasy apron and an orange hunting cap shunted me out of line in Target. I watched in horror as his gray-sprouted backside rippled away from me and noticed that he was also wearing pristine timberlands with the price tags still attached.
He slammed a tent-sized pair of sweatpants in front of the clerk. Her thin ponytail quivered as she scanned the barcode.
“F-five-twenty-”
“Y’all think I walk around like this for fun?” he barked. “You happen to look up last night, hun? This is what my tax-dollars pay for!”
“The town is really growing up!” my mom said, taking my attention away from the train-wreck of Lycanthrope-Human relations occurring a few feet away. She gestured out the window. “We have a Starbucks now.”


Your opening is an interesting mix of confusion and intrigue. I think “If one could trudge across the Atlantic, that’s how I might have described my progress back from London…” means that your narrator has just returned from London, but I found it confusing and had to read it more than once to come to than conclusion. Openings need to be crystal clear, but slush readers aren’t going to take the time to figure things out; they’re just going to reject anything that doesn’t make sense and move on to the next one.
On the plus-side, you’ve created a really intriguing blend of everyday normalcy and werewolf madness, and that is clear. And it’s not ‘told;’ it’s very deftly shown through details.
The other thing I’d ask you to address is that I don’t yet have a sense of what is driving your narrator. What does she want? That needs to be established strong and clear very early on in short stories, and I don’t any hint of that yet, beyond “a good break between semesters.” That’s not enough. I doubt it’s the main thing, but you need to get to the main thing ASAP. What does she want?
You’ve created an intriguing setting for a story (a world were lycanthropy is a common problem that borders on mere nuisance its so common), but you need a specific situation/problem that impacts and drives your character specifically.


Now this is the right way to critique, imo. Helpful, honest, and still encouraging. As an editor, I wish I was able to respond with as much detail to every submission, but of course it's impossible. Schubert doesn't either - this was just a special event, if you will. But pretty cool idea. What are some of your experiences with feedback and critique from editors? Do you want it? Ignore it? Use it?

(*BTW, the above story excerpt is copyrighted by its author - I'm just using it here as an example, but since it's posted online I figure that's okay. Just know that it belongs to someone else. :)
Posted by Lyn at Monday, December 26, 2011