Why I Don't Read Joe Konrath 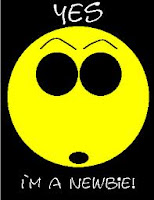 Joe Konrath, for those who don't know, writes thrillers and gives advice to new writers at his wildly popular blog, A Newbie's Guide to Publishing. He was a fairly successful traditionally published mid-lister until a few years ago when self-publishing gained traction with the advent of POD capabilities and the explosion of ereaders. Now he's one of the best-selling indie writers out there, rivaling Amanda Hocking and Johne Locke. (If those names mean anything to you, you've kept up a bit with the indie publishing revolution.)

Konrath's advice to writers is blunt, sometimes vulgar, witty, engaging, and mostly spot on. He has a lot of great things to say and newbie writers like me can learn a lot from him. Konrath, Dean Wesley Smith, and Kristine Kathryn Rusch are the reigning triumvirate in this new world of publishing.

But I don't read Joe anymore.
.
Oh, I'll occasionally catch a blog entry when DWS recommends a post. And I downloaded for free his short story, Floaters (co-written with Henry Perez) which was pretty good. But I'm not a fan or a follower. I doubt I'll ever buy one of his books.

And it's not because...
...he's vulgar. He is, but sometimes blunt and dirty combine to make a much needed point.
...I'm jealous. I'm not. Sure, I'd like to make 100k in a month. But I say more power to him.
...he's a stuck record (when it comes to advice for dumb newbies like me). He has to be. No one is listening, so he needs to shout it out - over and over again until we get it.
...I think his blog is ugly. It is. It could do with a serious makeover.
...he thinks he's right. He's right a lot. But he admits no one knows it all.

The reason I'm not a fan is much more personal. I was offended by something he wrote in one of the first posts of his I read. He mocked my faith in God as the Creator.

Having sampled his blog since then, I suspect now he was just being blunt and vulgar to make a point. But I'm a creationist (not the six day kind) and I took offense. I have no idea whether he's an atheist or not. After his slam I really didn't care to find out. But it struck me as kind of stupid to offend potentially half your readers who believe that "in the beginning God created the heavens and the earth" (one of the great topic sentences in literature, btw).

I've found this to be one of those unfortunate side effects of finding a writer one enjoys only to discover later that he or she is an outspoken critic of one's beliefs, positions, or values. It's something I haven't fully resolved. I'll go on in blissful ignorance until an artist I admire offends me and then I'll drop them. Not that they'd ever notice, but I figure, hey with seven billion others out there, I don't need to read, watch, listen, admire their work any more.

So, Joe, not that you'll read this post, but that's why I don't follow your blog. Plus, it's ugly.