New from the SpecFic Authors Collection


(Available for a limited time.)

Just Passing Through
(The Super Chronicles, #2)

Blessed with the ability to walk through walls--and besieged with financial woes--a young man takes to robbing banks to support himself and his disabled mother.  However, what he hopes will be his last heist goes awry when he comes face to face with a "hero" named Verdict who has particularly grisly plans for the "Ghost Robber."

Free on Smashwords until August 1.
Use coupon code YJ95V. 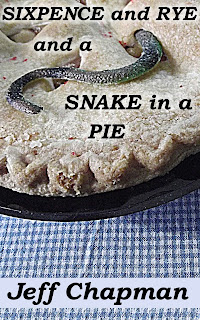 Sixpence and Rye and a
Snake in a Pie:
A Fractured Nursery Rhyme

Fawkes the cook has had enough of Mr. Stuart's insults. And now Stuart's son is making advances on the maid, Fawkes' daughter. How much abuse can a good cook take? When it appears that a better position is within his grasp, Fawkes plots revenge, but even the best cooks can make a mistake, and snakes don't ask questions before they bite.

Incorporating elements from the nursery rhyme "Sing a Song of Sixpence," "Sixpence and Rye and a Snake in a Pie" weaves a cautionary tale of revenge gone horribly wrong.

This story is perpetually free. (Don't wait. Get it NOW.)

"From Scheol My Soulfire Burns" - The cursor blinks. This white veil awaits my next thought.

"Imaginary Friendships Aren't the Easiest to Break" - Bernard felt things no one else did.

"You Kill Me" - Looking at you now, it's tough sometimes to see the person I fell in love with.

"While She Sleeps, Mountains Tremble" - The child looked as much like an angel as anything could, innocence incarnate.

"Autonomic Zen and the Art of Destruction" - Unit X11-76 entered the universe as more than a null set but far less than an infinite number of possibilities.

"A Monster By Any Other Name" - Sometimes he really hated being seven. 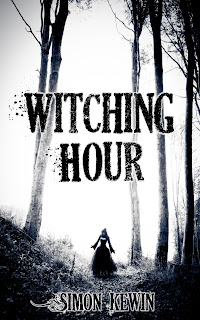 The Standing Stones of Erelong
Elian returns to the valley she was born in, the valley where all her family were slaughtered by the Marauders. Now only a circle of standing stones remains to mark the place. But the stones harbour a secret, a secret only she can uncover...

A Sorcerous Mist
Captain Quirk's boat Sheerwater is becalmed - held in port by a thick fog. He requests the help of a powerful witch to lift the mists. But the witch's help comes at a price, a price that will bring Quirk into conflict with the powerful Druidh...

Slieau Whallian
Ginny Kerruish watches as an old woman is rolled down a hill in a spiked barrel to test whether she is a witch. The old woman cannot survive the ordeal. But Ginny is secretly relieved, because only the old woman knows Ginny's dark secret. She, too, has the Sight, and if others find out, she will be next to be tested... 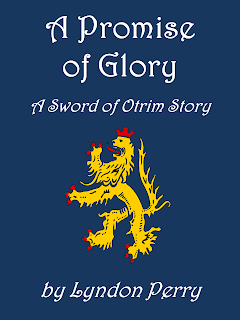 Paeter the Nederlander, a young mercenary searching for glory, is captured by Otrim of Idessa, a fierce warrior who sees something good and honorable in the sell-sword. When the time for battle comes, however, will Paeter prove himself true or will he deny his upbringing and betray his new commander…risking his very soul?

A Promise of Glory is a stand alone novelette of about 8,000 words (approximately 28 pages) but is also Part 1 of a 5-part series, The Sword of Otrim. For more info on the series, visit Lyndon Perry, Writer.
Posted by Lyn at Thursday, July 25, 2013