As you know, I'm part of a "Speculative Fiction Authors Collective." Each month we feature free stories - mostly short stories or collections. Available this week, we have Milo James Fowler, Simon Kewin, Stoney M. Setzer, and yours truly bringing you the following good reads:


For Harry Muldoon, private investigator, there's just one thing beyond his reach: the BackTracker.

It's a device that could make his job a whole lot easier, but there's a problem: he's not the only one after it.

Whoever wields power over the past must accept responsibility for the future -- but Harry's top priority is surviving the night. 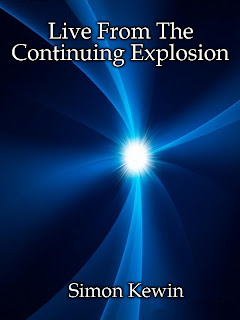 Live From The Continuing Explosion


A terrorist sets off a bomb in New York's Grand Central Station. But it is immediately obvious this is no ordinary explosion. Everybody nearby is caught within a bubble of space-time inside which time grinds almost to a halt. The world watches in horror as the explosion unfolds in close-up slow-motion.

Kirsten Campbell escapes the blast but her twin brother is caught inside it. She can do nothing but watch him there, frozen, as she ages. Meanwhile the explosion, and then Kirsten herself, become the focus for cataclysmic change the world over.

The two children run, screaming with delight. Around the legs of the adults in the crowd, legs like planted trees. They run in easy harmony as they veer left or right, speeding up or slowing down together without needing to watch each other. They laugh so much they can barely breathe. They hold hands, letting go only at the last moment as they split off to go around someone before reuniting.

A dog, watching them, barks excitedly, wanting to join in.

The children run as if they have practised the whole set of manoeuvres beforehand. They run almost as one, a single being with two halves. Eight-year old twins, a boy and a girl.

It is the first day of the explosion.

Now free to read at the following book stores: 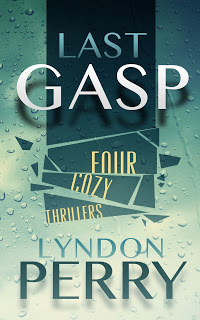 This collection includes the following stories:
+ Audition With The Vampire - A movie director can't believe his latest auditions.
+ Show, Don't Tell - A writer struggles with a new genre...and her muse.
+ Captain Tyler's Ghost - A local legend takes on new meaning for a hotel owner.
+ Princess and the Zombie - A father/daughter hunting trip goes terribly...right!

This offer is available for those who subscribe to my occasional newsletter. To sweeten the deal, I'll send you my latest cozy thriller called "Ma Tutt's Donut Hut," a 4,700 word bizarro mystery with a bit of magic...and a cat. Subscribe today! (Promise, I won't flood your inbox.) Thanks for trying something new.

The Siege of Peter Marak

What is your greatest fear? What if someone else's life depended upon you facing that fear? A recluse who fears germs must make that choice when a coughing woman begs him to open his door because a dangerous man is on the loose. Does he face his fear of germs, or does he stay safe and leave the woman to fend for herself?

"The Siege of Peter Marak" also appears in "Zero Hour 2: More Stories of Spiritual Suspense." However, this ebook edition also includes a bonus "Backstory" section that reveals "behind-the-scenes" information into the creation of this story.

Available for free from Smashwords
Posted by Lyn at Sunday, August 25, 2013