Trying my hand at romance... 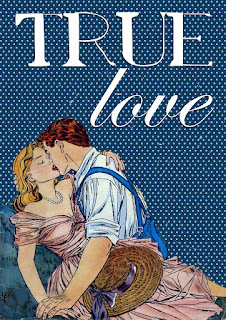 Been blogging lately about the stories I've written for my #60DayChallenge (30 stories in Oct/Nov). Of the 22 stories I've completed (still on track if I finish #23 today), 15 of them have had as their origin an abandoned story start. That is, only 7 are original start to finish products. Well, they're all original, but the majority are projects I started a number of years ago when I didn't know how to get past an opening scene! ;)

Now most abandoned projects only had 300 or so words to them - mere story ideas - and I added another 1000 to 3000 words, so the bulk of the story is fresh for this challenge. But that's been a neat part of this two month run, cleaning out all my old files and putting some closure on lost little story starts.

Another fun aspect is writing in a variety of genres. I've done everything from SF/space opera to fantasy, literary, humor, horror, historical, inspirational...almost everything. Even romance! I actually like romance and so finished a story that I'd started last year based on an outline I received from a potential employer (who wanted me to ghost write a story for them). The outline was a bit, shall we say, too steamy for my tastes. So I took a stab at it but backed off on the "behind closed door" scenes. Before I got half way through, the project went to some other ghost writer and so I left it alone.

Along came this challenge. I dusted off the doc, backed off some more in the hot and steamy department, and finished a 5,000 word story called "Surprise Date." (I'm not too embarrassed to send it to you if you want to read it.) Though I thought it was pretty good I needed some feedback from a romance writer I trusted, so sent it off to her for some comments. She liked it and even suggested it was actually a novel in minature. That is, if I expanded the chapters, added the male love interest's POV storyline, and raised the stakes a bit, I'd have a 50k novel when all was said and done. Well, that was nice to hear, but that'll have to wait until next year! I've got seven more short stories to finish before the 30th!

Feel free to follow my progress here or check the current projects tab above. And, as always, thanks for reading.