I grew up with the Adventures of Tom Swift, Jr. by Victor Appleton II. That was a house name for a number of ghostwriters, though a majority of these middle grade novels were written by James Duncan Lawrence. (He also wrote some Hardy Boys and Nancy Drew books.)

These were great. I actually think the writing holds up, reading them as an adult. Of course, one has to get into that wide-eyed kid state of mind, but still, super fun. This series was published by Grosset & Dunlap from 1954 to 1971.

If that strikes your fancy, message me. If I were still collecting them, I'd pay 5 bucks for #28. Heh. I remember paying 2 bucks for a couple of them back in the 70s. I'd scour used bookstores along the California coast, my mom in tow, in search of missing volumes.

Now that was an adventure in and of itself.

To my delight (back in the day), I discovered that Tom Swift's dad also had a series of books! The original Tom Swift stories ran from 1910 to 1941. There are 40 volumes and the titles all feature modern inventions or scientific predictions of the day, like "Tom Swift and His Photo Telephone" (1914, hello, Victor Apple-ton, get it?).

Of course, a favorite aspect of reading Tom Swift books is stumbling upon the over-descriptive and pun-intended adverb. You know them as Tom Swiftys. Super fun!

I created a few memes based on the illos in the books a few years back, but they never took off. At any rate, I'll leave you with a few just for kicks and giggles. 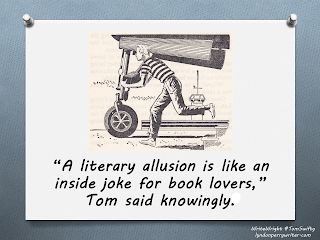 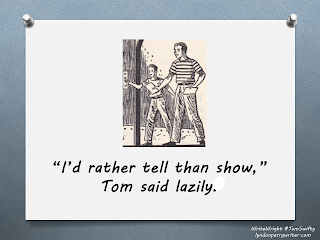 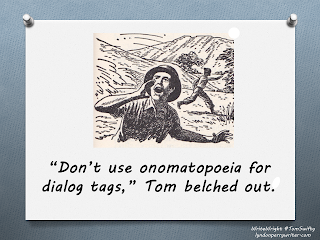 Well, I think they're funny.

Oh, and if you happen to have volume 28, don't tempt me. I may have to rescind my offer to sell my set.