LONDON (Reuters, December 22, 2005) - Police said Thursday they feared the worst for a baby penguin whose plight has prompted headlines around the world after he was stolen from a British zoo five days ago. Toga, a three-month-old Jackass penguin, was snatched on Saturday night from the Amazon World zoo on the Isle of Wight, off the south coast of England.

This Just In . . .
Julius and Ethel Iceburg, two suspects in the disappearance of Toga the Jackass Penguin, have been detained for questioning. Here is a leaked transcript from deep inside CIA headquarters as authorities seek to solve this crisis, which has already put Antarctica on high alert.

Julius and Ethel, do you or do you not recognize this penguin? 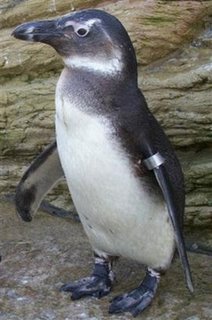 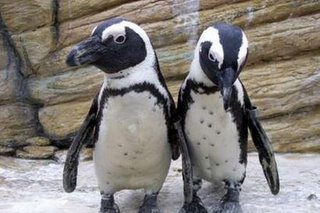 Julius: "Nope, never seen him."
Ethel: "Is that Pepe LePew?"

Oh, come now. We can't tell your kind apart.
But can't you I.D. each other based on ID or something?

Then I'm afraid we're going to have to get tough. 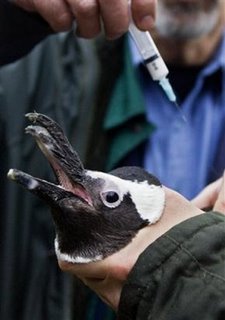 "Hey wait! Didn't the President put a ban on torture?"

This is truth serum. It' won't hurt a bit.
Now you'll have to tell us where you've taken Toga.
(no penguins were hurt during the shooting of this drug) 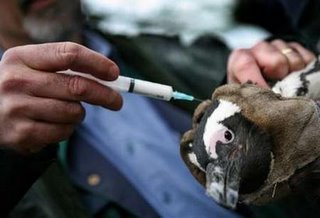 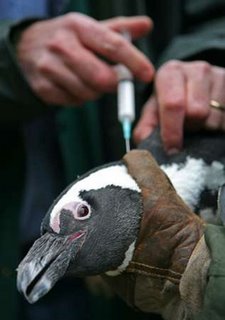 Good. Now tell us. Where is Toga? 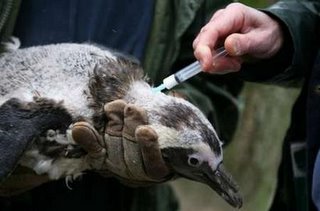 Ethel: "We sold him to SD-6. He's tied to this Rambaldi business."
Julius: "He's now undercover as an exotic dancer in Mexico."

Why? What could possibly prompt you
to sellout a fellow penguin and betray your country? 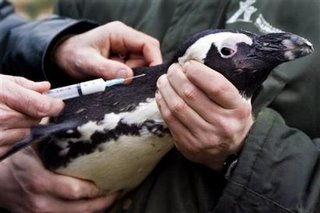