Sin Did Not Mar God's Image 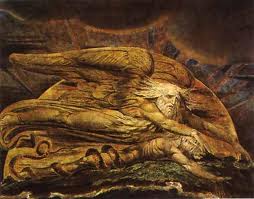 It is an accepted biblical precept: we are created in God's image.

In my previous post I pointed out that Genesis 1:26-29 speaks to male/female image equality and co-regency over creation. Perhaps, co-stewardship is a better term. Regardless, the point is that men and women together are made in God's image. And my contention is that that image has not been marred by sin.

Of course, we first have to answer the question, what does God's image entail? Traditional answers include: we possess free will; we're spiritual beings; we exhibit creativity; etc. That's fine and may all be true.

But the weight of the answer to any biblical interpretative question is always found in the text. What textual clues do we have that address this issue? There are two possibilities, in my opinion, based on this passage. 1) We are "representatives" of God in our role as regents/stewards of creation. And/Or 2) We reflect God's nature in our community-ness as males/females. That is, the fact that we are made for community/relationship is at the heart of what it means to be created in God's image. I lean toward this second interpretive possibility.

Either way, the image we bear is as complete and whole and holy today as it was at creation. The image of God itself can not be tainted by sin. Our role, our likeness, our position as God's image bearers is just what God intends. We can not be anything less than the perfect image of God.

So if (#1), then we are "boundary markers" of God's ownership of creation. The textual clue is, "...so that they may rule over [creation]...." We represent God's reign on earth and are caretakers of God's good earth. The word image has been associated in ancient literature with a mark of ownership. Thus Jesus (Matthew 22:15-22) refutes the Pharisees in their trick question about paying taxes to Caesar. "Whose image is this?" he asks. In other words, who does it belong to? Caesar's. "Then give back to Caesar what is Caesar's, and to God what is God's." That is, whose image do you bear, O legalist? Um, that would be God's. Then, Jesus is saying, you need to give God what belongs to God...you, yourself, your life.

This works. I buy this interpretation of what it means to be made in God's image. We are image-bearers, stamps of God's ownership of creation and also "owned" by God. Nothing about sin or our participation in sin changes this truth.

And if (#2), the same principle applies. We are made in God's image and this means we are made for relationship, for community. The textual clue here, of course, is, "God said, 'Let us....'" Let us. Us. I don't think this is the Royal We speaking. This is a hint at the complexity of relationship found within the Godhead - God, God's Word, and God's Spirit. So just as God is "in community" with God's self, our image as male/female in community truly represents God on earth - in a way no other creature does.