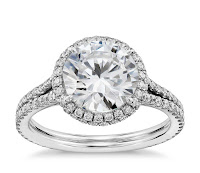 For this story in my #60DayChallenge* I wondered if I could start a story without giving any thought at all to character, setting, or crisis prior to sitting down with pen and paper. So I did just that.

Sat down and first thing that came to mind was a woman whose break up was ending as badly as she'd expected. I wrote a couple of paragraphs and realized she was a nameless character without description or place in space or time, a victim of white room syndrome. (Google it.)

So I gave her a name, Maysi (short for Maysandra, sounds sort of witchy, eh? hint hint), set the stage for the crisis, grounded the break up in a time and place, and introduced the antagonist. Along with some jewelry. I didn't know at that point that the jewelry was all that important. But it became the centerpiece for the motivation between the two people. In a totem, talisman kind of way.

I knew fairly quickly this was an urban fantasy story about a woman with special powers, on her first assignment under the guidance of a loving but somewhat quirky mother. And as the story developed I kinda got into it. Normally the title comes to me at this point when I realize where the story is going. But I was having trouble nailing down something that truly fit.

Finally ended up with "Maysi's First Assignment" though I'm still not happy with it. Sounds like it's a risque piece and this one is actually pretty clean! It's 2,230 words long and I'm pretty satisfied with it overall, except for the build up to the end. I think it lacks something. If you want to read it and let me know what you think, contact me.

See, I'm not too good yet when it comes to creating mounting tension climaxing in an all out confrontation, which this story demanded. So I sort of wrapped things up and sent it off to a market. It's been rejected twice, which is fine. I'll keep trying but if I have the inkling to come back around to it in a few months and rework the climax, then I may do that.

Or not. Not really bothered when stories don't quite work how I want them. Too many more to write. I'm moving on, taking what I'm learning from one story and trying it out on the next. Thus the challenge asterisked (*) above - write 30 stories in 60 days. Having a blast so far. Hope you're enjoying coming along for the ride as well.

(Follow my progress here. Check out the 'Current Projects' tab above for more stories.)
Posted by Lyn at Thursday, October 26, 2017