Writing about my writing helps me process what I’m writing.

Okay, that sounds like something from out of a current politician’s mouth. But if you think about it, it makes sense. Starting today, I’m going to be writing about my current project, my WIP, which happens to be a cozy mystery set in Sugar Pine Station titled Secrets & Scents. (More about that tomorrow.) 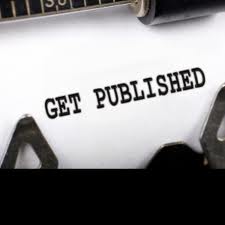 Each day, after I reach my word count goal (or a day or two later as I reflect back on my progress), I process what I’ve accomplished by writing about it. And I share it on my blog. It’s not out of arrogance, as if I’m some sort of bestselling author with pearls of wisdom to dispense. It’s just a way for me to think out loud about what I’m learning.

If readers get a kick out of it or other beginner writers like me are inspired or learn a thing or two, all the better.

And yes, I’m a beginning writer. I’m a full-time professional writer, but I’m just starting out. I have not reached my million words of fiction yet. Probably close to 400,000. But if I reach my goal over the next 18 months – writing a book a month (about 60k words per) – I’ll cross that threshold next summer. Will I be a better writer by then? I should hope so!

So one way for me to improve is to write about my writing. I’ll then compile these journal entries into a non-fiction e-book and make them available free to those who buy the novel I’m working on. Pretty clever, eh? Once I’m done with Secrets & Scents, I’ll publish it and there will be a link in the back of the e-book for readers to click and download this completed journal. I’m also blogging about this daily, so the entries will also be online, free to read.

Okay, about my current project.

Today, I basically outlined the story and set up Scrivener so that I could easily view the character descriptions, setting, plot points, and any other notes I have to help me write this novel. This will be the first time I’ve written a whole book using the program. In theory, I like the flexibility of Scrivener over Word (which I’ve mostly used in the past, and am using for this non-fiction project right now) because I don’t have to switch documents to read over my outline. In Scrivener, everything is right there on the same screen, within reach via the sidebar.

But I’m a bit worried about compiling all the chapters into a cohesive whole with Scrivener. I know how to format Word so that when I upload it to Amazon’s Kindle Direct Publishing (KDP) it produces a nicely formatted e-book. Not so sure how to do it with this utility. Welp. It’s all a part of the learning process and becoming a more professional writer and businessman.

You read that correctly. Independent writers today are in business and need to approach their career with their eyes open. It’s not all about writing. That’s the most important part, of course. Without a product or service, you can’t sell anything. (Ponzi schemes excluded.)

But there’s also one’s social media platform and public engagement (which is what I’m doing now by posting these journal entries), promotion, branding, marketing, and sales. And then there’s more writing. The best advertisement for your book is to write your next book. I’ve heard that a number of times from different sources, and I believe it.

I didn’t believe it in the past. Because I knew nothing about the business of writing. Still don’t. Still learning. One thing I’ve realized, though, is that a lot of people – and I mean a lot of people – like to read series of books. I’m ambivalent about series myself, and so I never gave it much thought. But in today’s market, unless you accidently (intentional word) stumble yourself into writing a bestseller, those making a living at their writing are writing in series of books.

This was a revelation to me. Really. I’m not quite an early adapter, but I’m not a laggard, either! I do come around after a few knocks on the head telling me to wake up.

So when I semi-retired earlier this year with the intent of writing full time (and making money at the career), I took a hard look at my fiction output up to that point. My backlist. My oeuvre. Sounds snobby!

My ego was quickly deflated when I realized I’d only written two books (and a bunch of story collections and a few novellas). And those two books were basically episodic short stories tied together into an overarching whole. Not a novel start to finish. And nothing written in a series. One book was a magical cat cozy mystery and the other was an epic fantasy adventure.

Those are different genres, by the way. (grin)

What to do? Which genre should I focus on? The advice I was getting was to drill down into the niche of my choice and produce five or six novels in that series and then launch a related series of 5 or 6 books, same genre, connected characters and setting. At that point, I’ve been told, you’ll start finding your audience and your audience will find you.

That made total sense to me. It was what I saw happening on Amazon and indeed, writing a long series of books with the same characters and setting and basic plot structure was what authors have been doing for ages.

Are you sensing a trend here? I like cozies, mysteries, crime, thrillers. I also like science fiction and fantasy, and westerns, and romance. Argh. I needed to choose. Expand my fantasy book into a series or expand my magical cat cozy stories into a series?

It’s obvious which one I chose. Tomorrow, I’ll tell you how I decided.