Pretty much all genre writing follows a formula. So-called literary novels do as well. A formula is simply a structure that is somewhat familiar and accepted by readers of a particular kind of story. 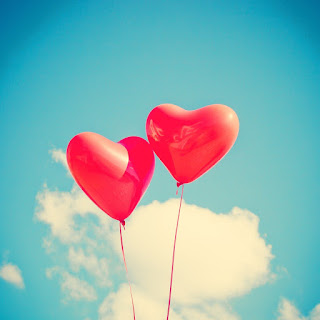 A contemporary romance, for example, follows a basic formula that pretty much always ends in a ‘happily ever after’ moment. The HEA. If you as a romance writer don’t provide an HEA then you aren’t writing romance.

For cozy mysteries, the HEA is important too – not in the romantic sense, but in the fulfilling ‘Ahhh’ sense. All’s right with the world by the end of the mystery. So that’s where I’m heading. And as I mentioned, I think I’ll get there in about 60,000 words. Maybe a tad less. Another formula! (As cozies are generally shorter than traditional mysteries.)

Now the question is, how many chapters should I take to get there? I get the impression that cozies have shorter chapters. I actually haven’t paid attention, though I read a number of them. So I’m going with my gut. I like chapters with 2,000 words or fewer. (Not ‘less’ – I had to look that up, lol.) In fact, 1500 words seems about right. So that’s my target.

Each chapter will run about 1500 words and so my writing goal will be two chapters a day. Twenty days of writing will equal 60k words and 40 chapters. That sounds like a winning formula. And so far, Days 1 & 2 I’m on track. Today I hit 3,300 word with Chapters 3 and 4 each about 1650 words. That’ll work.

I really don’t want my chapters to go longer than that. No particular reason, other than I want all the chapters to be about the same length. For paperback reading, it’s a comfort, I think, for readers to see the end of the next section is in sight. I know when I’m reading at night, I flip ahead to see when the next break is coming and then shoot for that, turn out the light, and drift off to sleep wondering what will happen next.

Another strategy or formula in a lot of genres is to end each chapter on a cliffhanger of sorts. This, supposedly, will cause the reader to want to keep reading. Keep that light on and not drift off to sleep! Well, maybe that works on occasion. But like anything, too much of a good thing either gets boring or exasperating.

So for Chapter 1, I ended with a cliffhanger. This was the set up to the one-and-done mystery of this book, Secrets & Scents. But for Chapter 2, the ending was a kind of fulfillment. The characters had an expectation (to start a business together) and the scene ended on a positive note.

In today’s writing, Chapter 3 ended in another fulfilling high note, this time with a hint of romantic interest? (For Kelli and Jo, there are two men in their lives with whom they are becoming good friends. Over the course of the nine mysteries, I’ll develop those relationship. Not sure if I should end the series in a kind of romantic HEA or not, but I’m leaning toward it.)

Wrapped up Chapter 4, though, with a bit of suspense. Not a full blown cliff hanger but the underlying mystery that will tie these nine novels together is first hinted at. Well, not just hinted at. The characters are starting to realize that Sugar Pine Station might have a bit of a strange or mysterious past and I’m finding out what that is right along with the characters.

What? You think I’m writing this thing? Bah. The characters are driving the story, I’m just trying to stay a step ahead of them as I write what they’re discovering!

Next time, I may talk more about that.

(BTW, affiliate links used throughout this website. FYI.)
(Above image by autumnsgoddess0 from Pixabay, used by permission.)

Settle on a formula that works for you. Don’t be a slave to it, but don’t shy away from it. What readers want is your unique take on the tried and true. That’s where your writing voice comes in.