I’ll start by stating that I don’t hate flashbacks. And I don’t mind prologues. But I know there are flashback and prologue haters out there and I run the risk of losing them right from the start with this novel, but it’s a risk I’m going to take.

Prologues get a bad rap because they sometimes kinda ‘cheat’ at storytelling. Not always, but many times a prologue can give the reader a significant portion of the story right up front and then the reader is expected to remember that ‘big event’ when the reveal comes around or the story catches up to what happened in the opening chapter.

Why not just start with something interesting and get to that big reveal regardless? Well, it’s a storytelling device. If overused, it gets tiresome, but in general, I’m okay with prologues as long as they are truly important to the overall story arc.

Now, for Secrets & Scents, I’m not going with a prologue, but my first chapter is in the present moment and then the second chapter begins “Three Months Earlier…” Which effectively does the same thing as a prologue. I’m asking the reader to ‘hold that thought’ for a bit while I tell a bit of backstory, but I promise the plot will catch up with the cliffhanger soon.  (Yes, the end of Chapter 1 ends with a cliffhanger. Sue me.)

Now one complaint against an extended flashback (starting the story in the present moment, then spending the next chunk of chapters in the past filling in the backstory) is that the exciting part happened at the beginning of the book, and now we have to wade through the boring background parts. 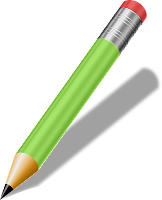 That’s a danger, for sure. But that’s not how I’m approaching this flashback.

Since this is my first book in the series featuring Kelli & Jo, I (as a writer) have to perform a balancing act. I have to introduce new characters (usually a bit quirky and likeable) and a new setting (often unique but adorable small town) and create a ‘cozy theme’ (some hobby or interest for the MC like quilting, baking, or candlestick making) while at the same time get the mystery started!

That’s a tall order. So I start with the setup for the mystery. Kelli finds a strange man passed out in the back of the book and candle shop – on the morning of their Grand Opening! But since this is a new series, how and why did Kelli and Jo decide to open a candle slash bookstore? I want to tell that story. Thus, “Three Months Earlier…”

For these chapters not to be boring, there has to be another mystery that is established during this flashback. And this mystery is what will drive the whole series – all nine books that I’ve got in the back of my mind to write. That’s a pretty tall order. It has to be a BIG mystery.

This BIG mystery, which is hinted at in Chapter 1, is the storytelling device I’ll use throughout the Kelli & Jo series. It’s like a running subplot that causes or undergirds the one-and-done plot of the current novel. Does that make sense?

So Chapter 1 ends on a cliffhanger – the one-and-done plot of the strange man passed out in the back room of the bookstore. Why is he there? What happened to him? Is there a villain or killer on the loose? Who is it? What further tension and calamity will occur? How will it all resolve and justice be served?

This will be a challenge for me as a relatively new novel writer. I’ve told stories for a long time, so I think I can do it. But I’ve never actually written a whole novel start to finish. And by novel, I mean 50k to 60k words, which is a good length for cozy mysteries (about 250 to 280 pages). Secrets & Scents will be my fifth book, but my first true novel.

Confused? Well, I consider my first four books episodic novels, all about 40k words long. Books 1 & 2 in my Ma & Mack the Cat series, Ma Tutt’s Donut Hut and MaTutt’s Secret Spice, each have an overarching story arc, but they are structured as mini-stories that work together to form a whole. Same with my epic fantasy, The Sword of Otrim. That book came about in a very weird manner, but again, episodic.

Then my two magical cat novellas featuring Mister the Magical Cat – Cat Potion No. 9 and A Cauldron of Cats – are two 20k word novellas that when put together form a complete short novel. So that’s four books I’ve written. And I’m very happy with them all.

Secrets & Spice, though, is a complete novel from the get-go. My first attempt at a non-episodic novel, and one I actually outlined for the most part, estimating the whole thing to go 60k words. We’ll see what happens, but I’m excited about this current project.

And excited about this future series featuring Kelli & Jo and their bookstore and candle shop. Nine novels, each with a one-and-done plot, but carrying on the greater mystery that serves as the foundation for all the books. What is that mystery? Read the novel when I’m done! (grin) Or, become a Patreon Subscriber and follow along with my WIP as I write it and post new chapters each week!

A few more thoughts. As opposed to traditional mysteries, the crime in a cozy (often a murder, but sometimes just some criminal act) usually occurs off the page and there’s no overt violence. And definitely not any sex or swearing or adult situations!

The cozy mystery is usually pretty clean and relies on other tropes or expected elements that help the reader feel at home in the small town with quirky characters doing their fun or interesting hobby. In addition, there’s usually a bit of humor, which is what I really enjoy writing.

I think I’m a pretty good humor writer (remind me to tell you about my first standup comedy gig!). So to end this post, let me share a snippet of dialog from Chapter 2 as the “Three Months Earlier…” flashback opens. The purpose is to establish the whimsical nature of our two main characters, Kelli & Jo. Hope you enjoy it.

Kelli closed her laptop, sat back and let escape a weary sigh. “Another day of drudgery complete.”

Jo put her computer to sleep and spun her desk chair to face her housemate. “Our office has now gone ‘One Hundred Days Without Incident’,” she deadpanned.

“‘The boredom will continue until morale is improved.’”

Jo stared at her friend from across their shared front-room-turned-work-space and threw in the towel. “I got nothin’.”

“You could have come up with something about coffee and the daily grind,” Kelli suggested slyly.

Pretty fun, eh? Until next time!

Writing Tip: If you open with a prologue or go with a flashback, be sure it’s not simply to ‘get to the exciting part.’ Have a reason and make sure the device is an integral part of your storytelling.