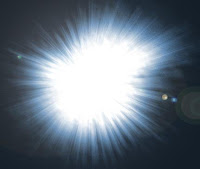 Through a tragic misunderstanding, Blythe's family is killed and her village destroyed by a grieving sorcerer, Nethaniel. As a witch, she was able to survive, and eventually return, to seek revenge with her champion, Gaylan, a half-dragon "animagus." The magick battle that ensues is standard fantasy fare, but competently told. The conflict (both internal and external) make this an intriguing story, but I was unclear as to the protag's moral resolution. The ending seemed abrupt. Blythe experienced a crisis of character in her battle with Nethaniel, but I was left wondering what effects the sorcerer's magick truly had on her soul. If you enjoy magical fantasy and dueling wizards, this is worth a look.