Nevertheless, sports business owners know something about increasing the popularity of their franchise: Fan Access. Allowing fans to interact and get to "know" their drivers, jockeys, quarterbacks, all stars, etc. tends to create brand loyalty and long term interest.

Writers, too, want loyal fans and long term interest in their projects.

But blockbuster authors typically needn't worry about such things. As long as they don't embarrass themselves too publicly, fans have come to expect that traditionally published authors are basically inaccessible to them. Many readers have bought into they myth that legacy published authors are special. Don't touch. Admire from afar. Oooh.

Bullroar, of course. Writers and readers go together like an alien-human symbiot. We need each other. And here indie writers have realized they are at a big advantage over traditionally published authors. They must interact with their fans if they want to earn enough to eat. This is an advantage, really. It provides a huge motivation for interacting with those who, we hope, will buy our books.

More Indie Advantages
The new world of publishing has opened up amazing opportunities for reader/writer interaction.
+ Accessibility - Fans can "meet" writers online and connect with their favorite authors.
+ Feedback - Writers get energized when fans compliment, praise, review their books.
+ More Books Faster - Gone are the days when you had to wait a year or two between books in a favorite series. Fast writers (people who can pen 500 to 1000 words a day! yes, that's considered fast) can release a novella or shorter book every month or so. This is great for fans and great for writers as it means more potential income.
+ What other advantages can you think of? 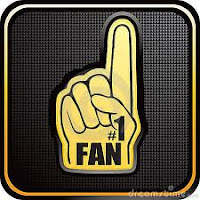 Tips to Fans
Of course, this unprecedented connectivity with writers is something to protect and should be handled with care.
+ Be Patient - Social media doesn't mean instant response. Don't get mad if a writer doesn't tweet you back within 30 seconds. She's writing!
+ Be Positive - Have something beneficial (and substantive) to say.
+ Be Polite - If you disagree with something on their blog, or point out a typo in their manuscript, do so with grace.
+ Don't Stalk - In other words, don't stalk.

Tips to Writers
If you're a writer and you want loyal, long term fans, here are some ideas.
+ Answer your dang emails. I'll email other writers/publishers and they blow me off. There are just too many writers out there trying to build a fan base for this to happen. If I can't "connect" with you, I'll just move on. I don't need to read your dang book.
+ Respond to comments. You have a blog, don't you? Then take time to read and reply. Duh.
+ Update your blog. If you're in the middle of a project, let people know about it. Hugh Howey has progress bars in his sidebar so readers know how close he is to finishing the next novel they gotta buy. My new series, Worm, is untested and has no fanbase, but I'm doing the same thing. Who knows? Someone other than my cat may want to keep up with my progress.
+ Don't over-promote. Write more, tweet less. Which can be one disadvantage to all this connectivity. More fan interaction may take away from writing time, which is why writers have readers in the first place. It's a conundrum. Deal with it.

Well. Any other advantages, tips, or challenges to this new world of writer-reader interaction?