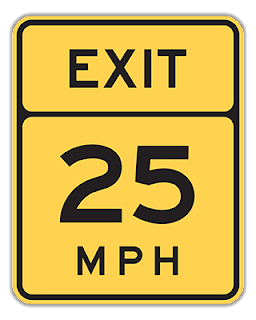 Some of you might know I'm in the midst of a #60DayChallenge to write 30 stories in 60 days during October/November. Right now I've just finished story #12, which means I'm on track - a story every 2 days.

I'm listing them here if you want to check my progress. But I thought you may also be interested in the story behind each story as I write them. Maybe not, probably not, but I'm going to share nevertheless. Just move along if this is of no interest. ;)

So a bit of background - I actually started this challenge with a pre-challenge mid-September to write a story every two days. And so far I've been pretty successful. I've actually written 21 stories since Sept 13.

The first one was called "Exit Ramp." It's a modern day fantasy (urban pulp fantasy?) at almost 2400 words that has a little bit of a twist. (If you want to read it see UPDATE below.)

Anyway, how I came up with the premise was simple. I was driving home thinking I needed to start this challenge that evening and I was going to exit from the highway on Woodlawn but decided to take Rock Road instead. So I got to thinking, what if I whipped across the lane, sped down the exit ramp at 60 mph and screeched to a halt? Maybe a cop stops me. Maybe someone gets out of their car to confront me. And that was the origin of "Exit Ramp."

The core of every (typical plot style) story is a character in a setting with a problem. I had a character (guy in a car) and a setting (zipping off the highway) and a problem (going too fast for safety). What happens next? Well, in my story I thought a cop would pull him over, but that seemed too common. So a guy gets out who is stopped in front of him. So does the driver. And off we go to story land.

The twist is that I didn't realize who the driver was until about half way through writing the story. But that's okay. Since I mostly write into the dark, the surprise directions the story takes me are fun, so I figure they'll be fun for the reader too. I'll let you know if a magazine editor agrees. ;)

Tomorrow, I'll tell you about the next story I wrote: "Tucker and Mr. Chilly."

UPDATE Nov 7, 2017: This story has now been accepted for publication at EconoClash Review. I'll let you know when it goes live. No stories up yet, so I think I'll be in the first issue.
Posted by Lyn at Tuesday, October 24, 2017